In 2014 the Golden Keg made it’s way into a number of mainstream media outlets. We have included them below.

“As a regional morning newspaper, The Irish News enjoys a unique reputation for the quality delivery of news to our readers in Northern Ireland and beyond. Delivering local, regional and national news from the readers’ viewpoint”.

An action photo taken at the Golden Keg featured in their Monday edition on July 7th. It is here: 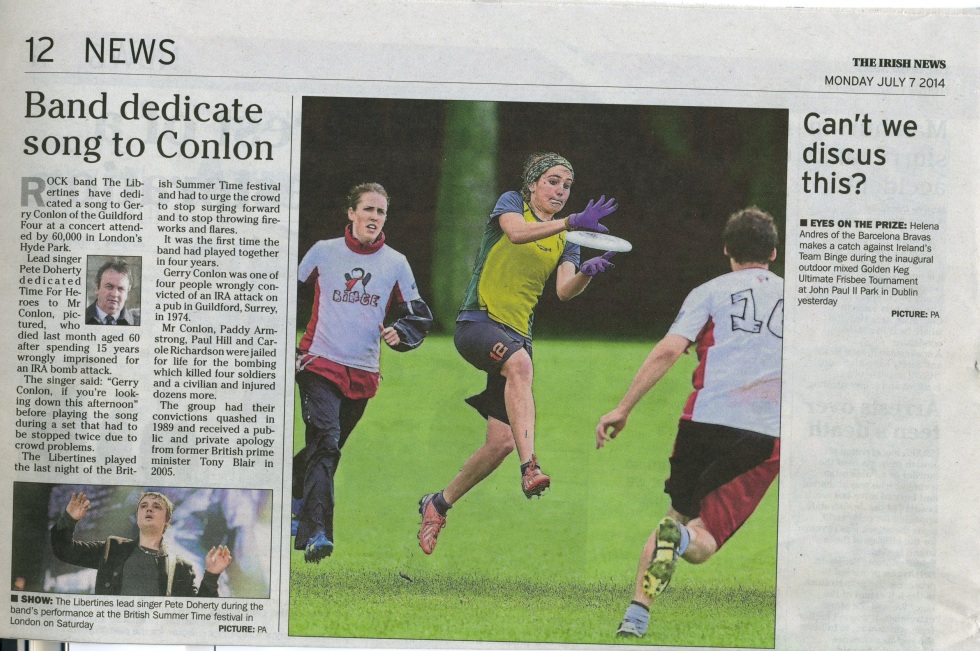 Broadsheet.ie is an online new source for “Everything. As it happens“. In their words again: ” A news source for the bewildered“. They cover all interesting events and goings on nationwide.

Golden Keg featured in a cleverly-monikered piece on the tournament in the week leading up to it:  http://www.broadsheet.ie/2014/07/04/disc-just-in-2/ 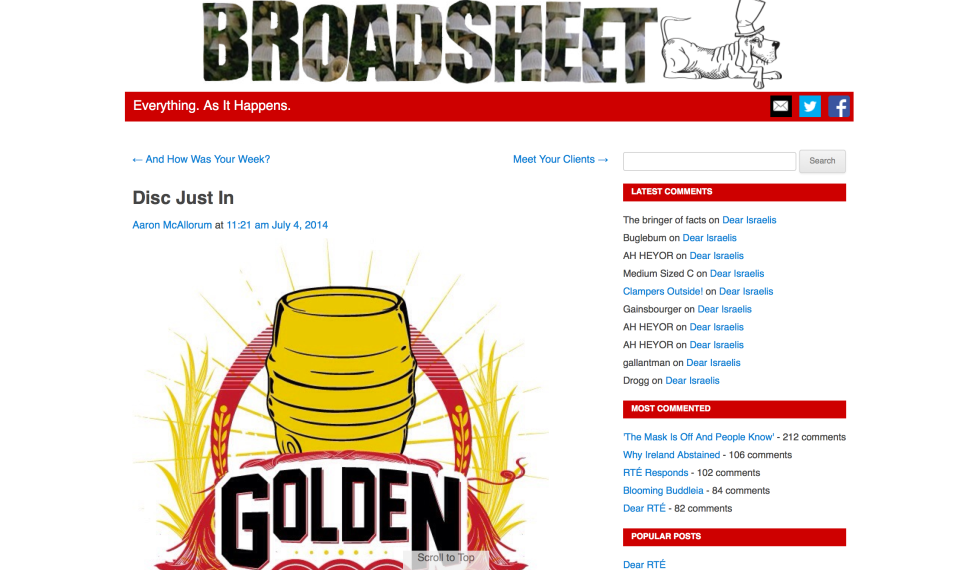 Le Cool is a “free, design-led, online magazine”. Their mission is to:” filter out the best exhibitions, gigs, parties, movies and events as well as a careful selection of extraordinary bars, restaurants and other fine places. Le cool is a free weekly cultural agenda and alternative city guide”.

Golden Keg TD Mark Earley was interviewed by Le Cool for their weekly interview which you can read here: http://dublin.lecool.com/dublin/en/issue/1722?archive – NB – scroll all the way to the right of the magazine!

“Irish TV is Ireland’s newest and most exciting live digital media platform. Broadcasting 24 hours a day, IRISHTV.ie is all about connecting Irish communities all over the world and bolstering Irish businesses everywhere. Irish TV promotes Ireland as a wonderful place to live in, to do business and to visit“.

Golden Keg featured as the opening segment on Episode 10 of Dublin Matters which you can watch here: http://www.irishtv.ie/dublin-matters-episode-10

Skyd Magazine is a website based in Seattle, USA that “celebrates the sport of ultimate with honest, original content”. They are considered one of the leading sources of journalism in relation to our young sport and remain an inspiration to many players, coaches, bloggers and fans worldwide.

Golden Keg has been mentioned in Skyd’s Daily Dumps round up. You can see the introductory piece here and the second, more comprehensive piece, written post-tournament here.